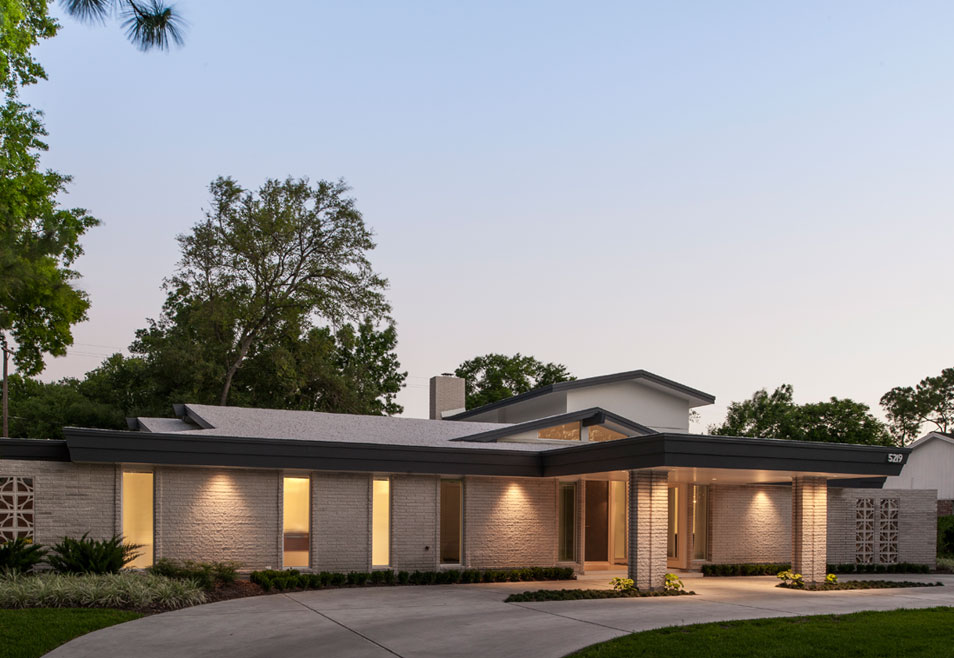 Hester + Hardaway
This one-story Contemporary ranch house in Meyerland,Texas was originally designed by Arthur Steinberg in 1964 for the parents of the current owner. The interior spaces were reprogrammed and organized around the needs of the current owner. The bedroom wing was consolidated to add a study, a large master bath, and create more generously proportioned blocks of space oriented to the back garden while conserving the formal spaces of the house. Interior wall partitions and door openings in the remaining formal rooms were selectively removed to promote an open plan, to increase natural day-lighting, and enhance views. Because the house lies in the 100-Year Floodplain, its footprint cannot be expanded horizontally. Therefore a second floor addition was added above the existing garage to house a 14-foot by 30-foot Lionel model train layout.

The majority of the original furnishings, which include numerous pieces designed by mid-century designer Adrian Pearsall, were restored and reupholstered. Original artwork above the fireplace was restored, and the entry doors were custom painted to match the original finish determined by historic finish analysis. Vintage furniture by Knoll and other new furnishings were also added. 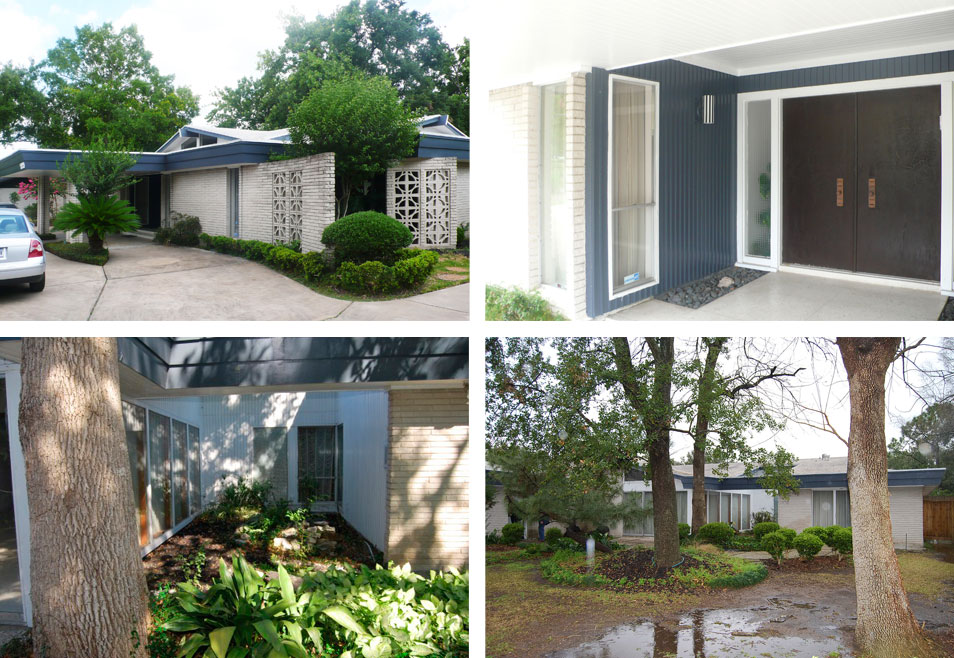 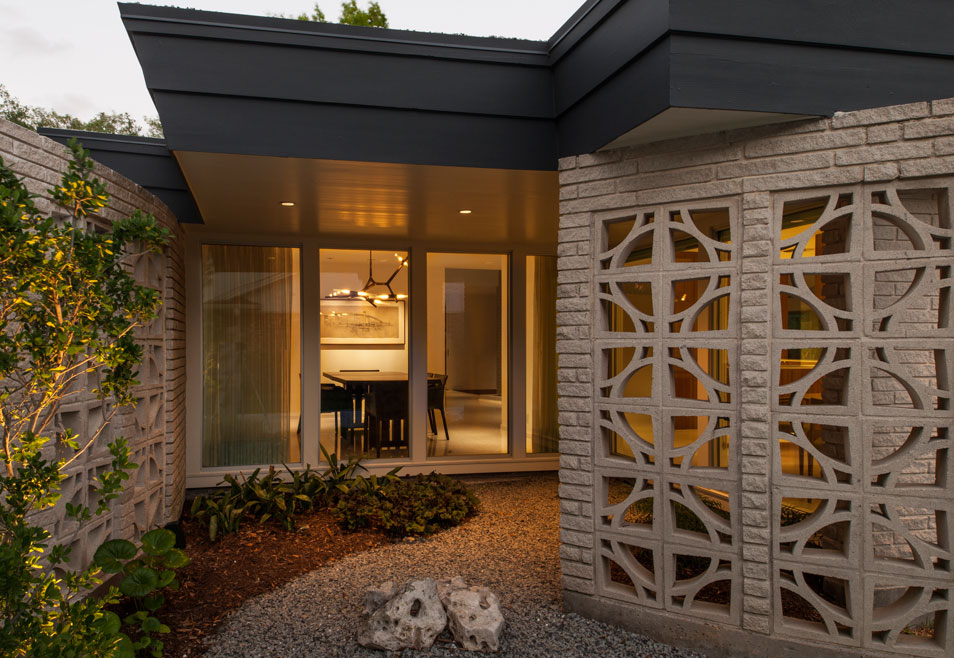 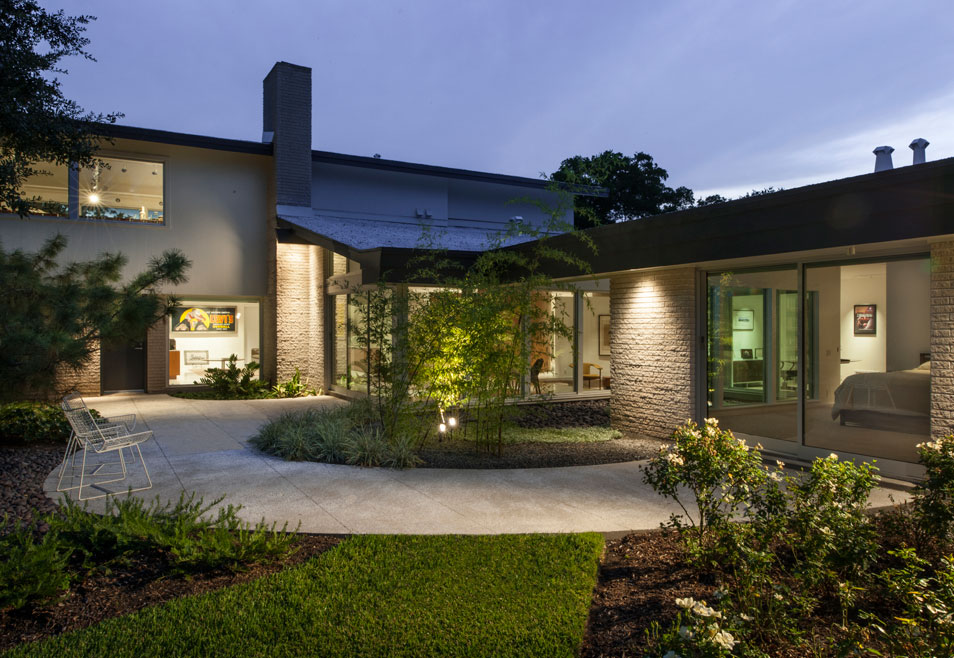 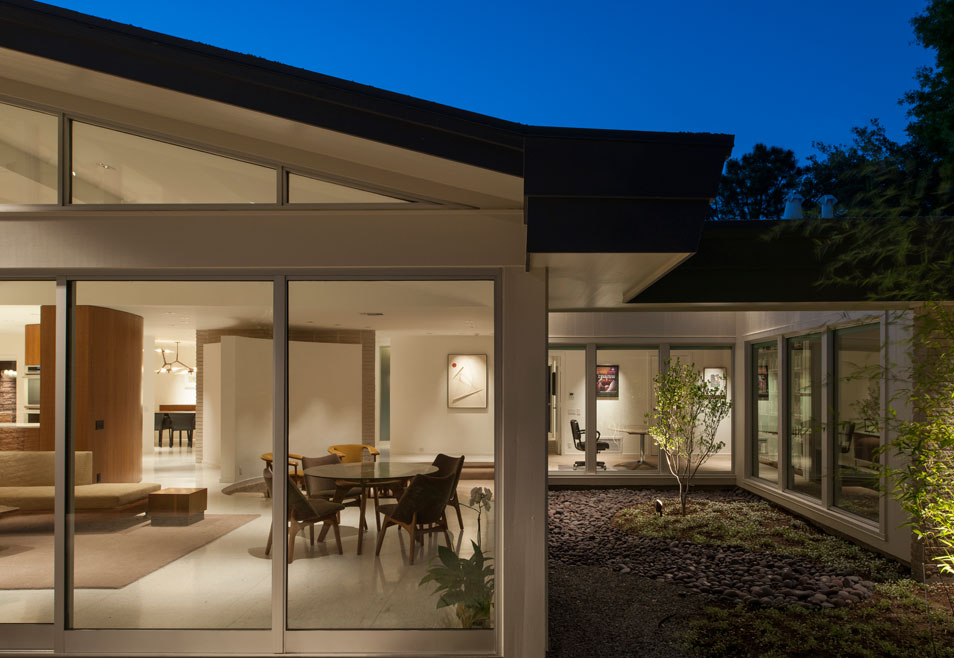 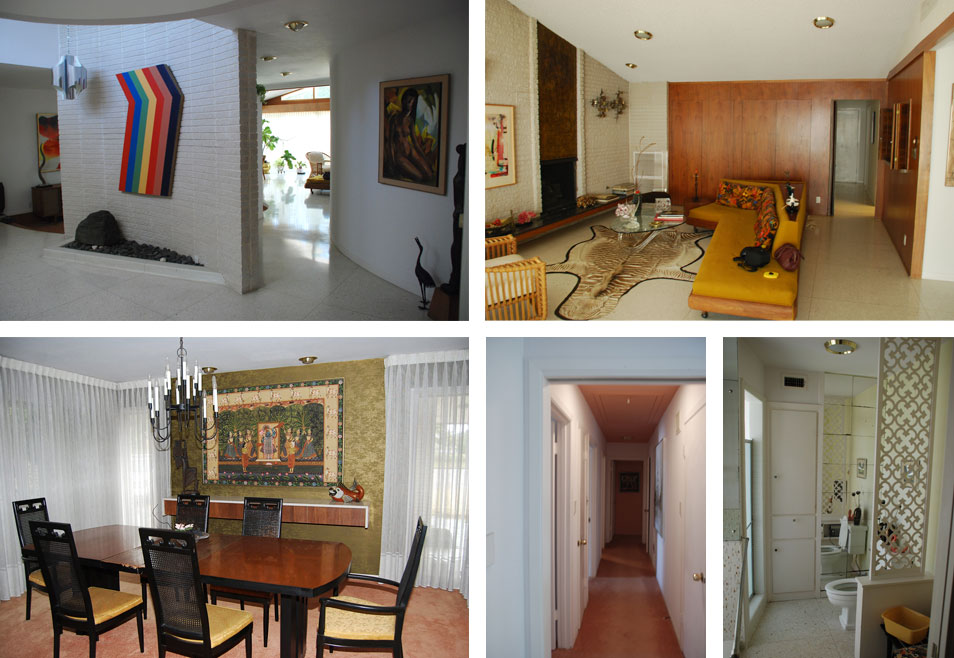 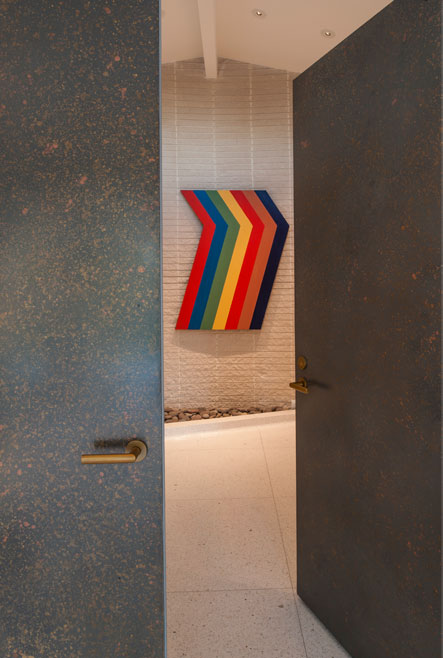 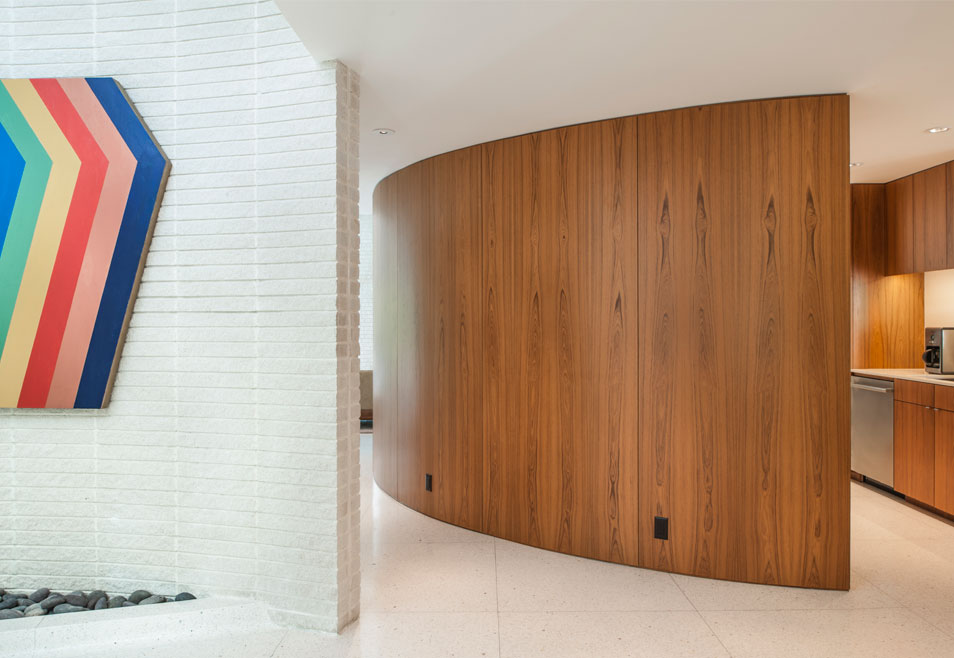 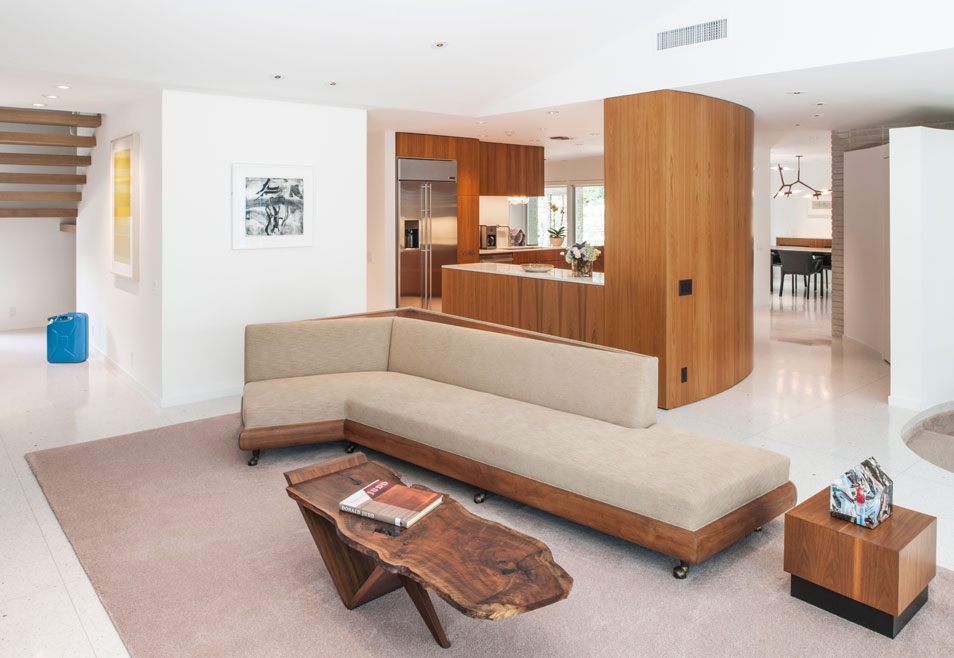 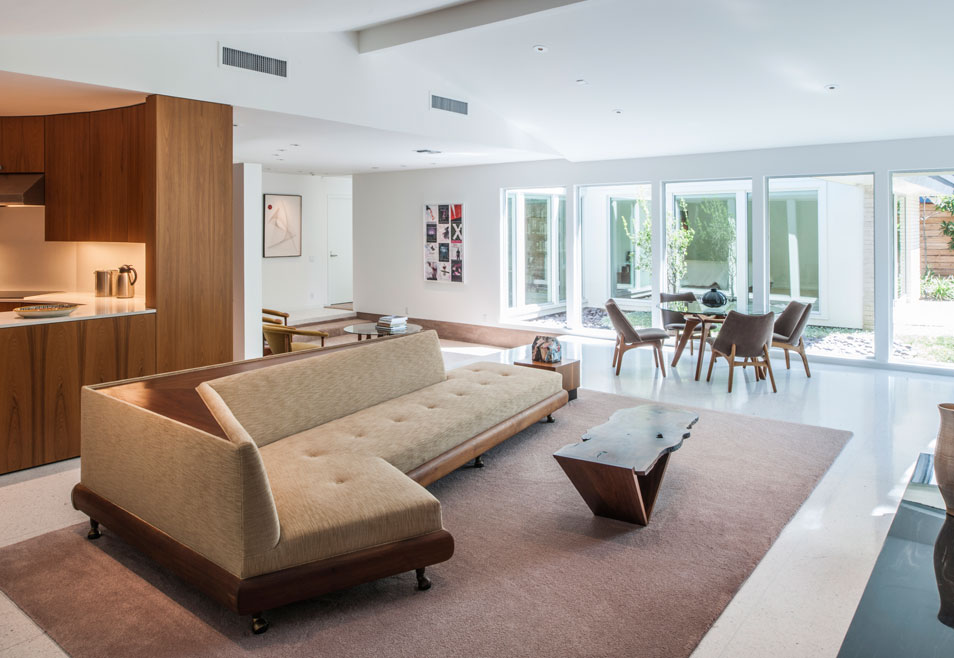 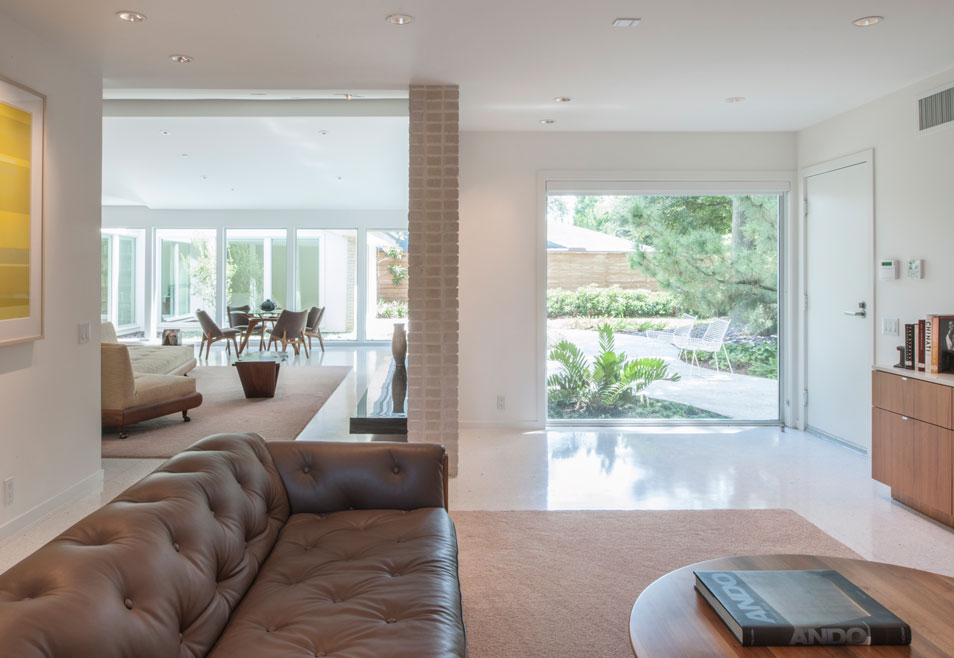 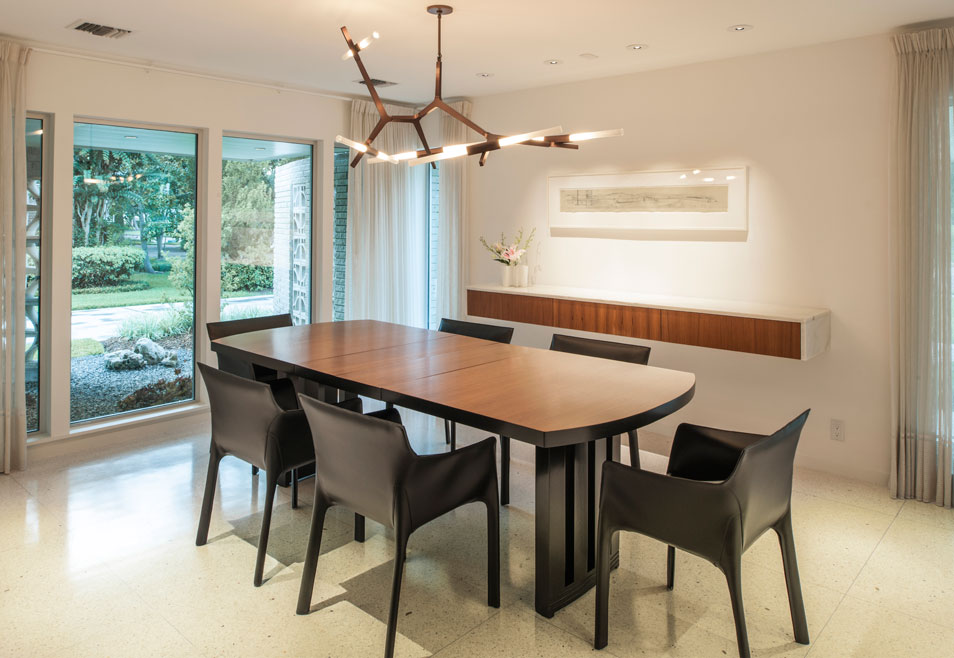 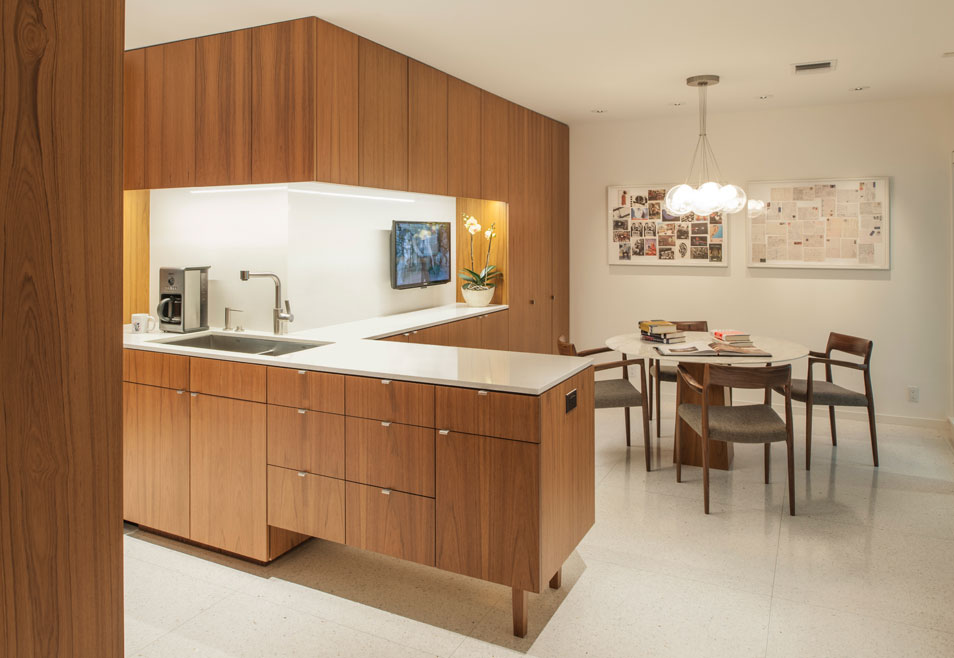 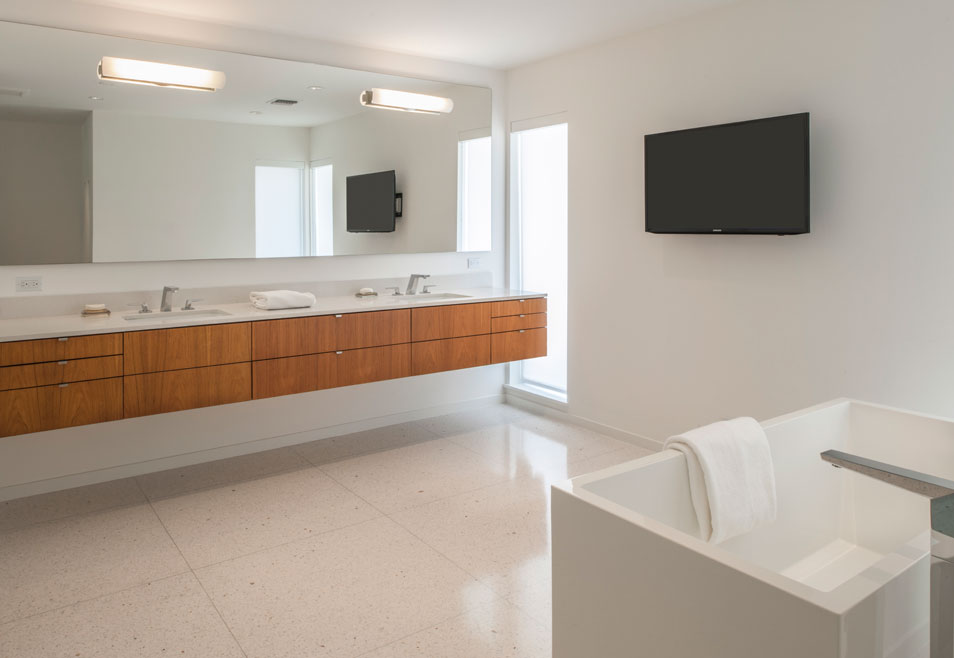 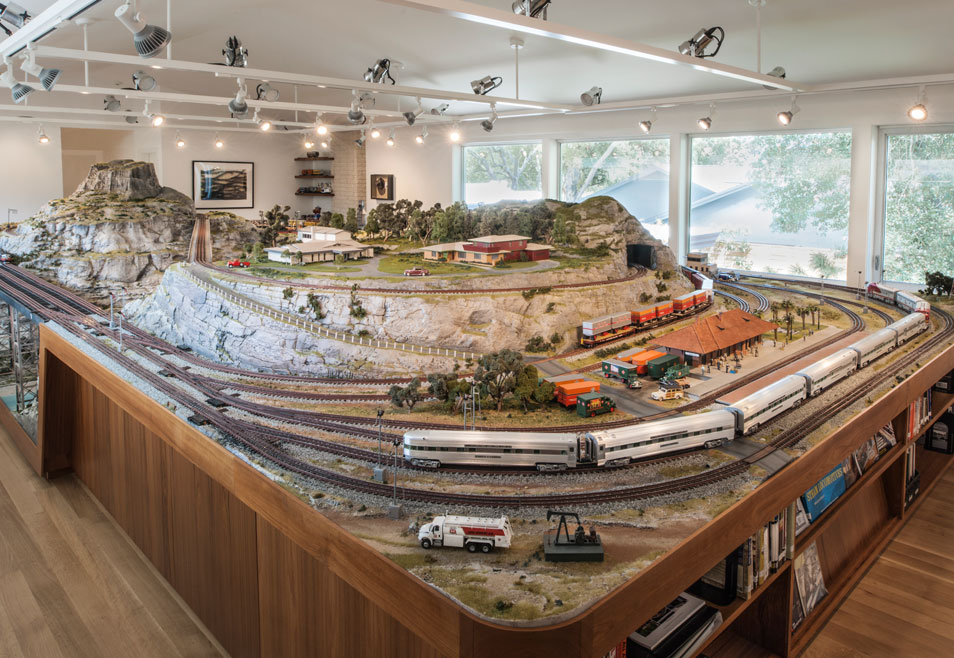 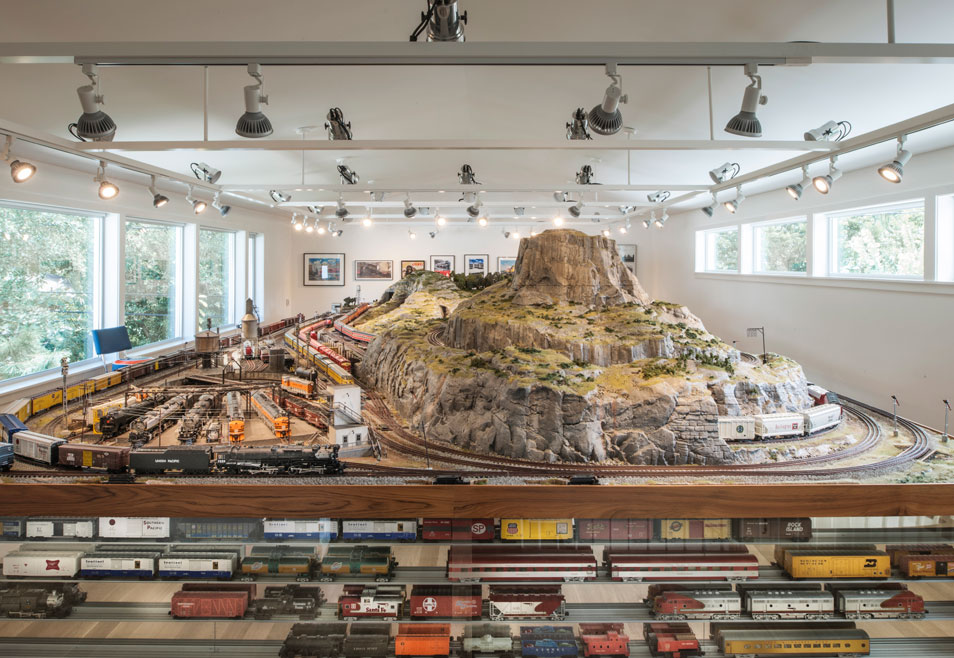 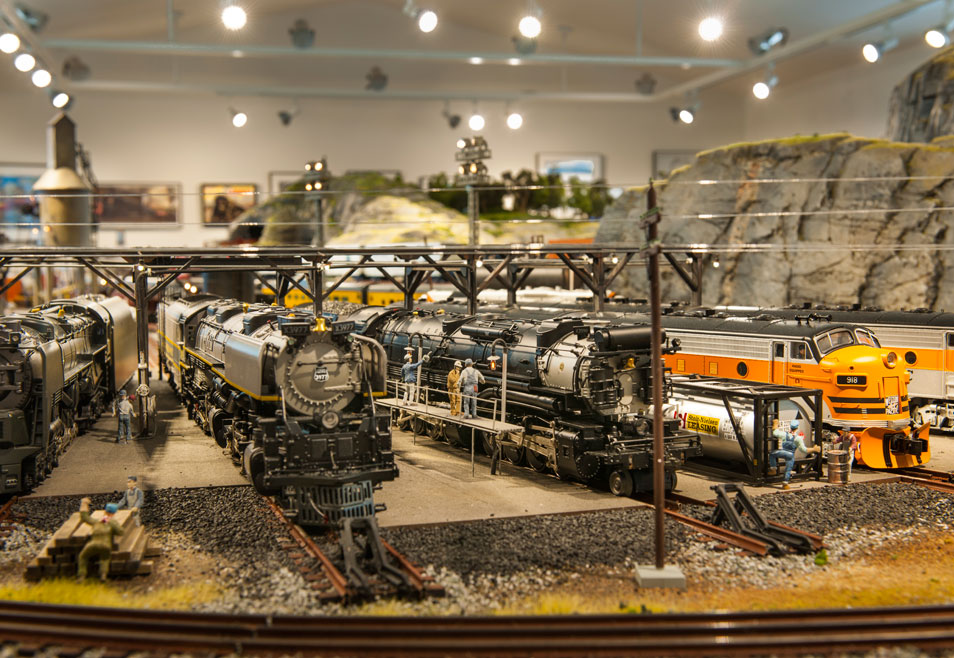