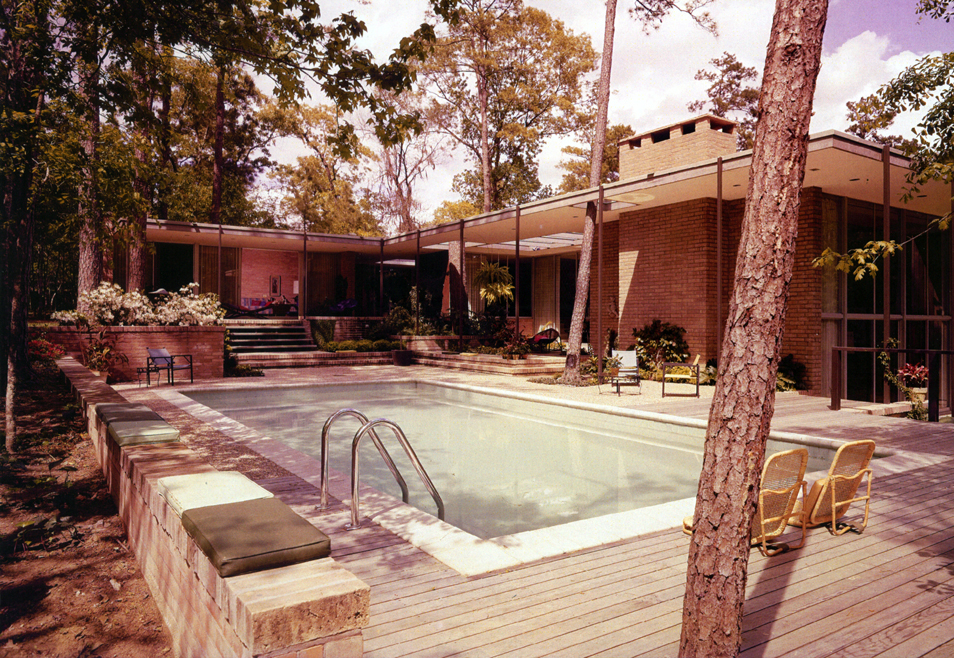 Historic photograph
The 1960 Frame/Harper house, designed by Neuhaus and Taylor, is one of the finest examples of mid-20th century residential architecture in Houston. Built on a sloping wooded site overlooking Buffalo Bayou, its plan steps down from the entry level, first to the living room and then the family room. Terraced gardens align along the west side of the house, and a large swimming pool is located off the living room courtyard. Although acclaimed in its day, by the 1990s the house suffered from neglect. Its second owner had painted the natural brick and walnut paneling white, removed the coffered plaster ceilings, gutted the kitchen and bathrooms, and changed the gardens. Stern and Bucek were commissioned to restore the house and grounds closely to the original. The white paint was stripped from brick walls—both inside and outside—and the flat roof was restored to match the original design. New walnut paneling was installed and the coffered ceilings restored. The kitchen and bathrooms were renovated in the spirit of the original and the majority of the gardens, terraces, and pool decking were reconstructed. 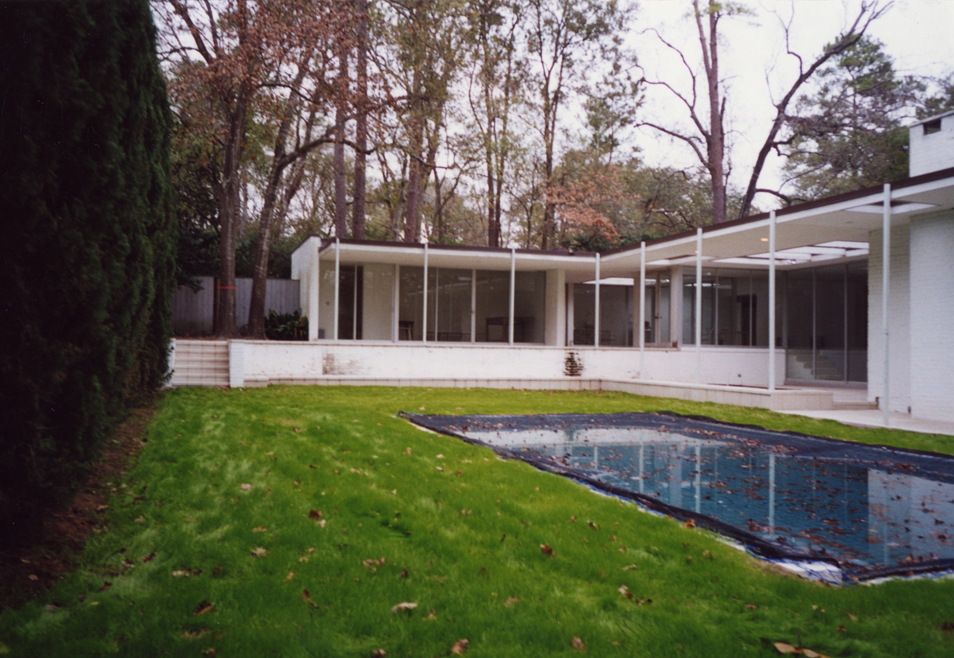 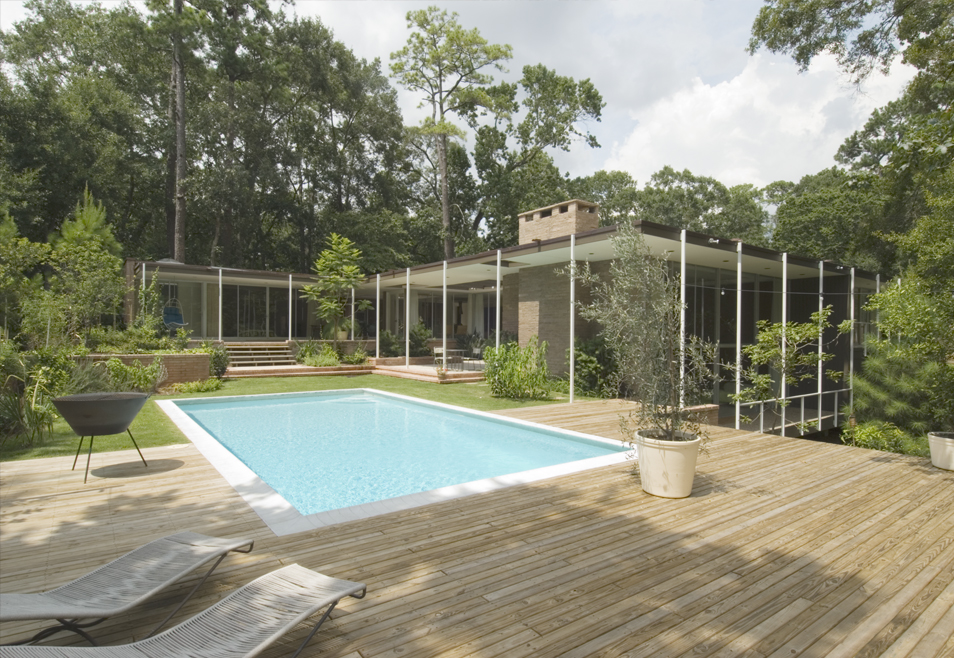 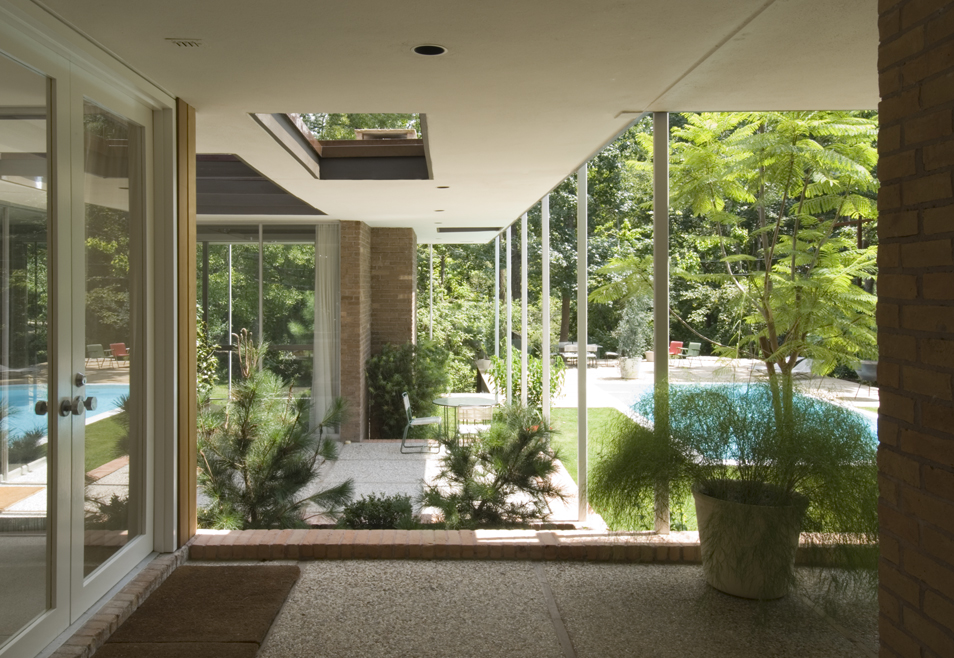 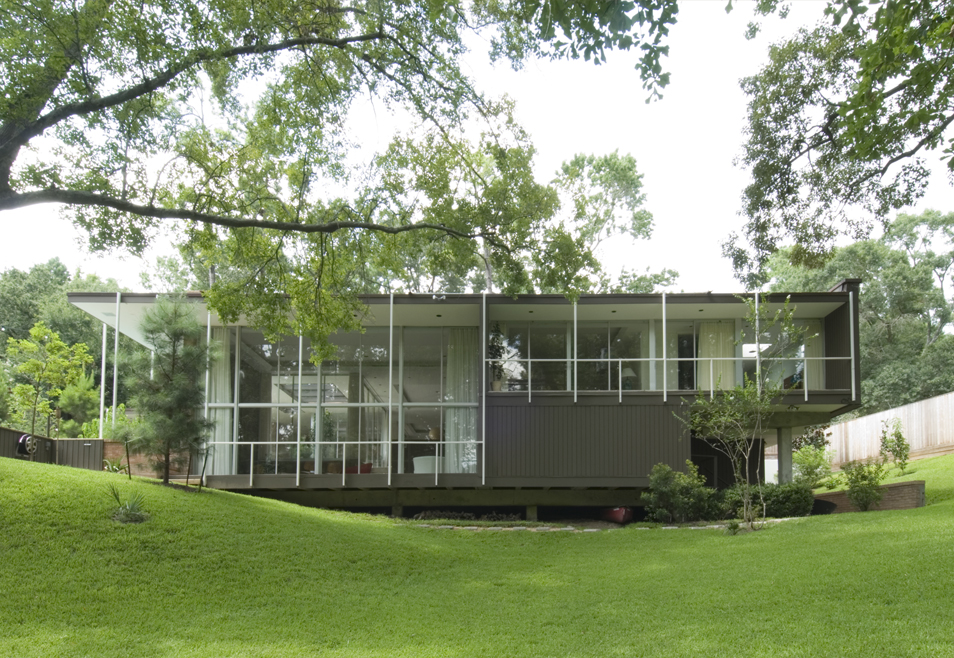 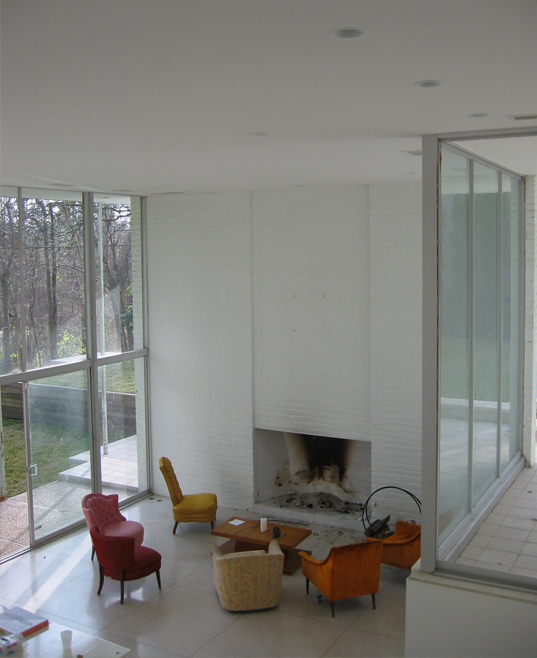 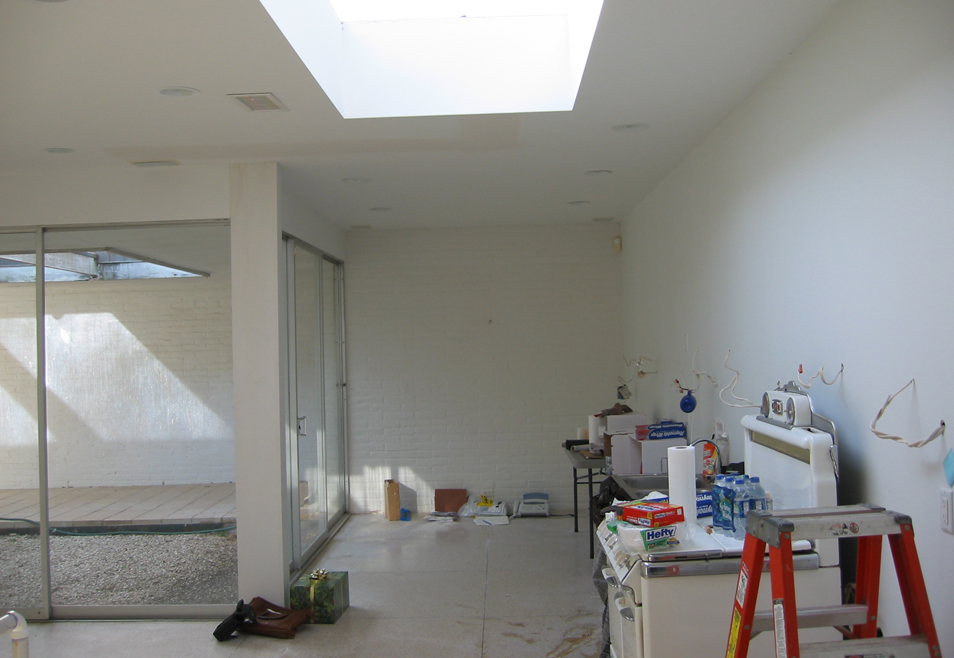 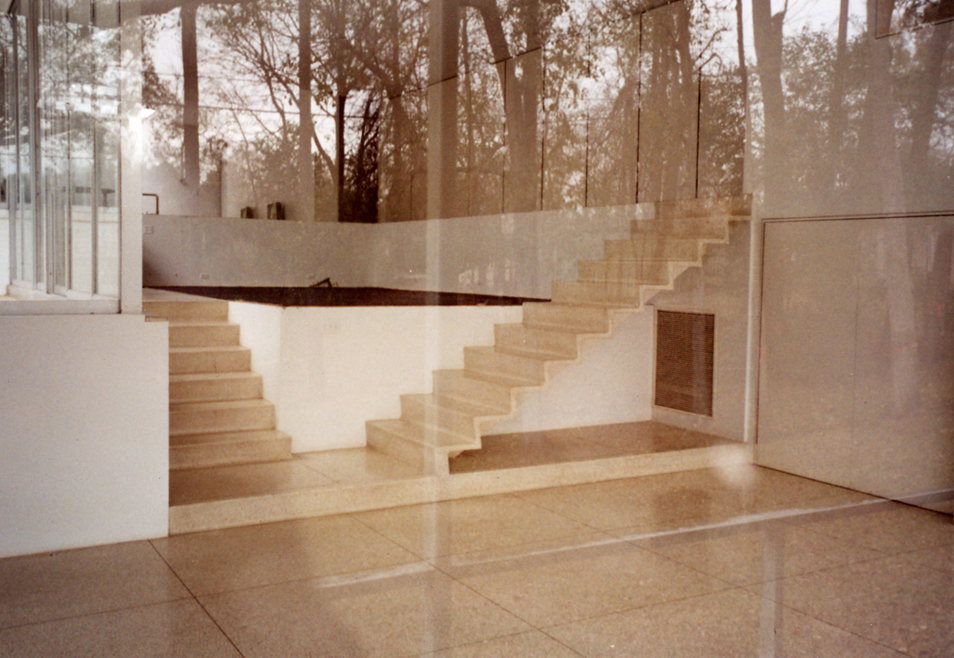 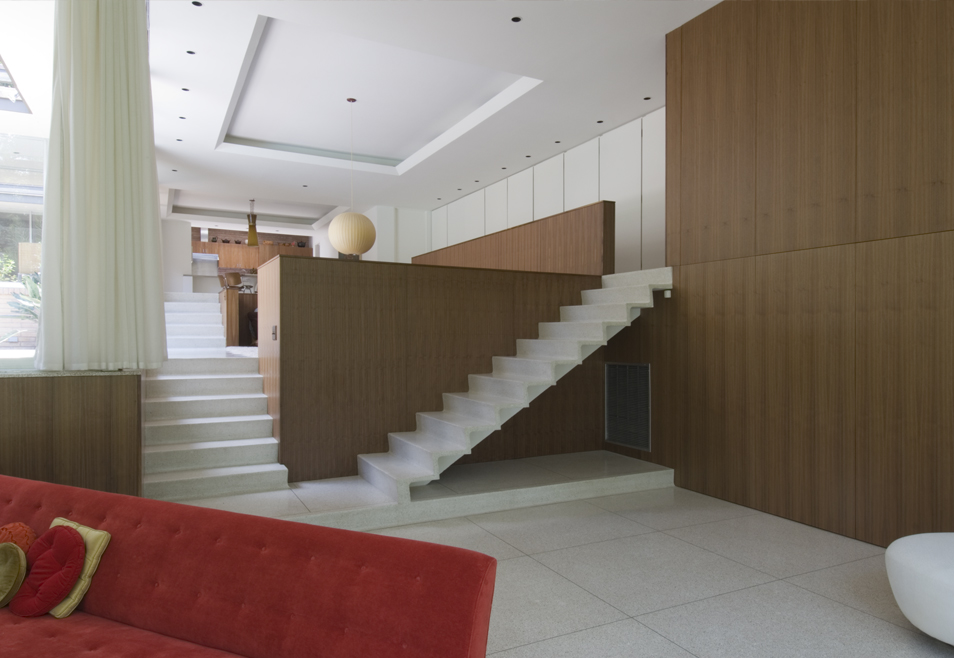 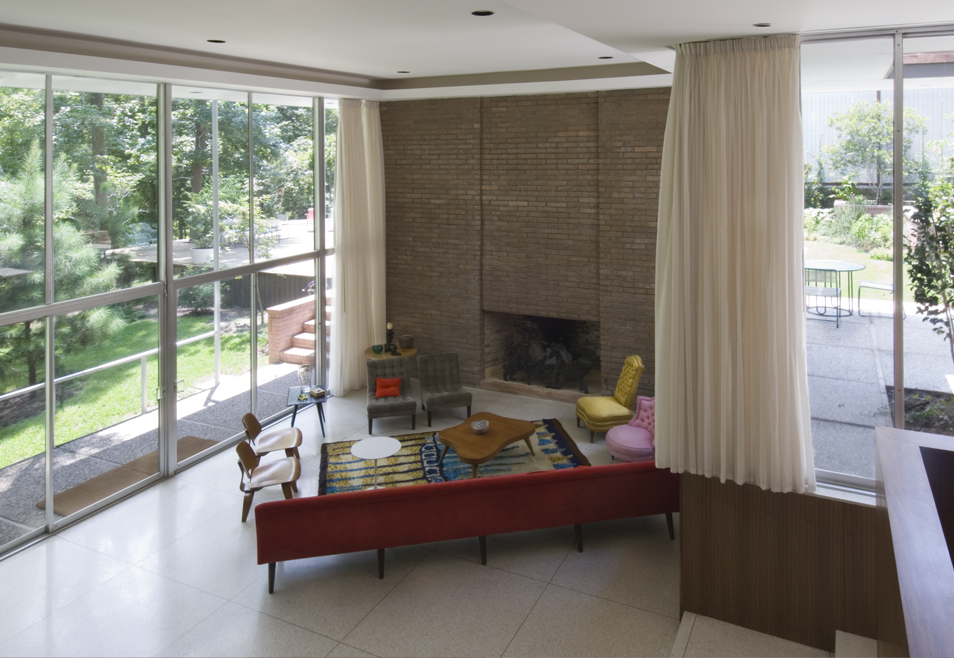 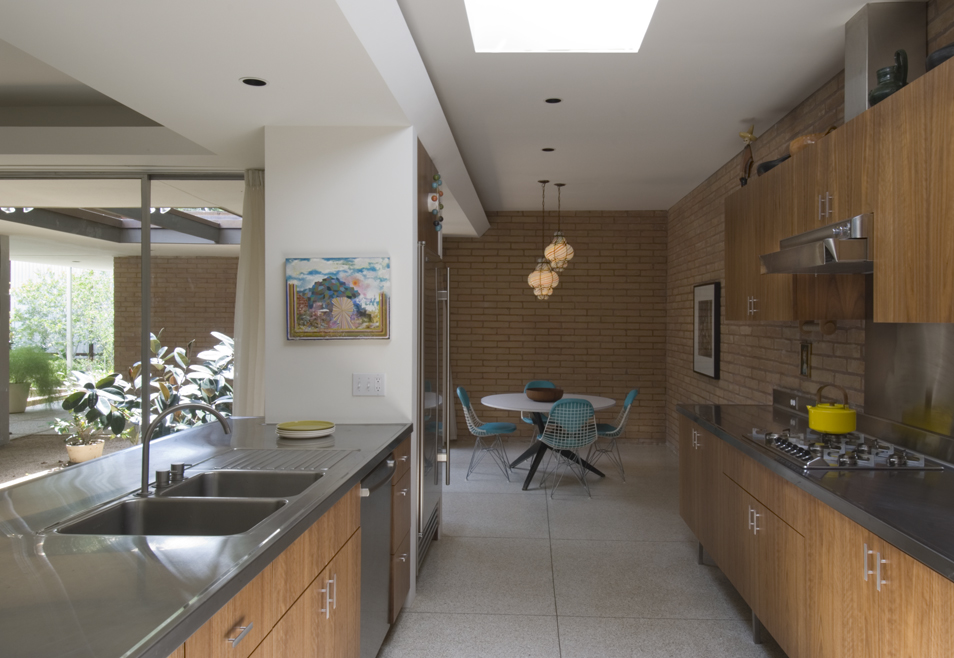 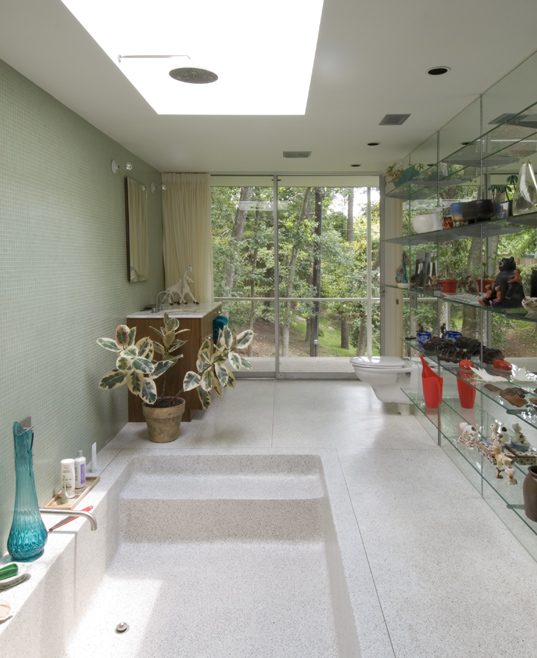