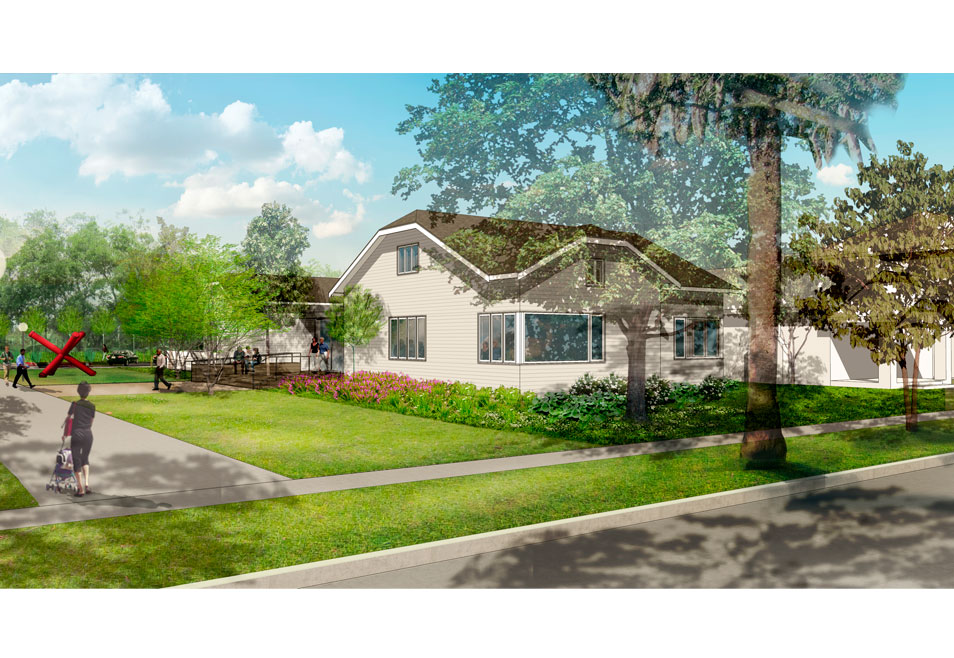 Stern and Bucek / Michael Van Valkenburgh Associates, Inc.
The Menil café, named Bistro Menil, is designed to be domestic in scale to fit into the existing context of small gray bungalows, which surround the Menil Collections building and define the overall Menil Campus. The massing for the restaurant is an adaption of the former bungalow on the site, which could not be incorporated into the final design due to extensive termite damage.
The restaurant is clad with horizontal stained Spanish Cedar siding on the two primary gabled forms, with continuous glazing at the flat roofed entry with pre-patina zinc panels on the upper walls. Windows are strategically positioned to increase natural daylight and promote views of the Menil Campus. The entry deck, rear-dining terrace and new deck improvements to the adjacent Menil Bookstore are designed to integrate with the overall campus landscape improvements by the landscape architect Michael Van Valkenburg. The interiors feature reclaimed board ceilings and a natural edge walnut bar top 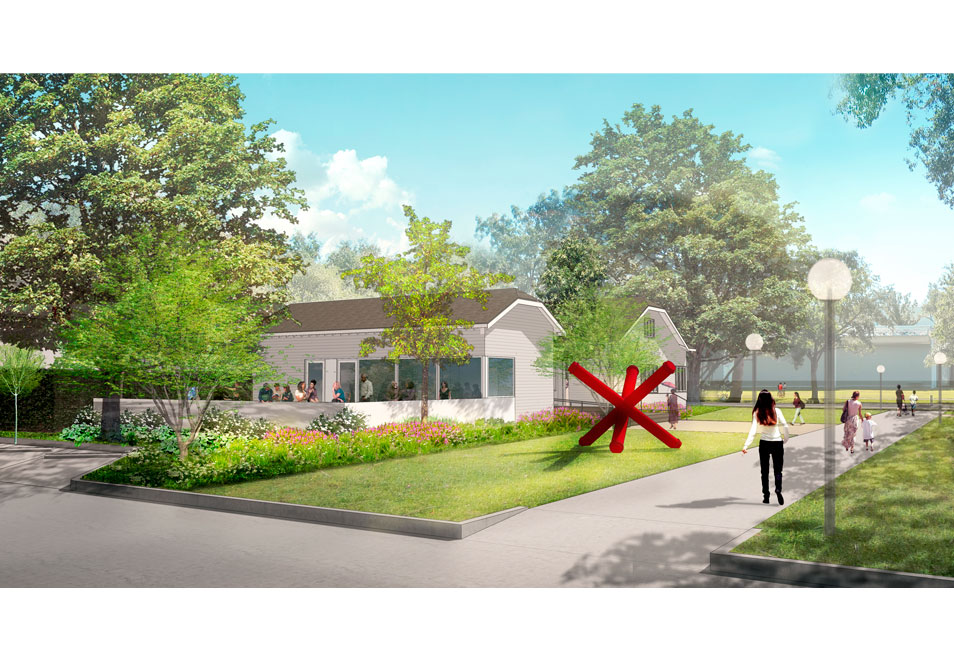 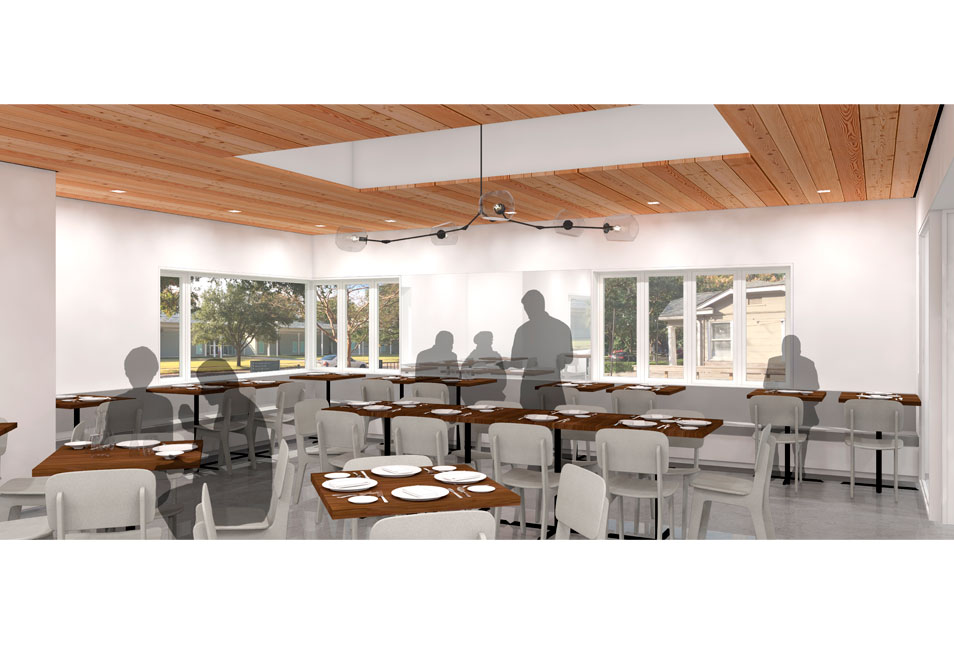 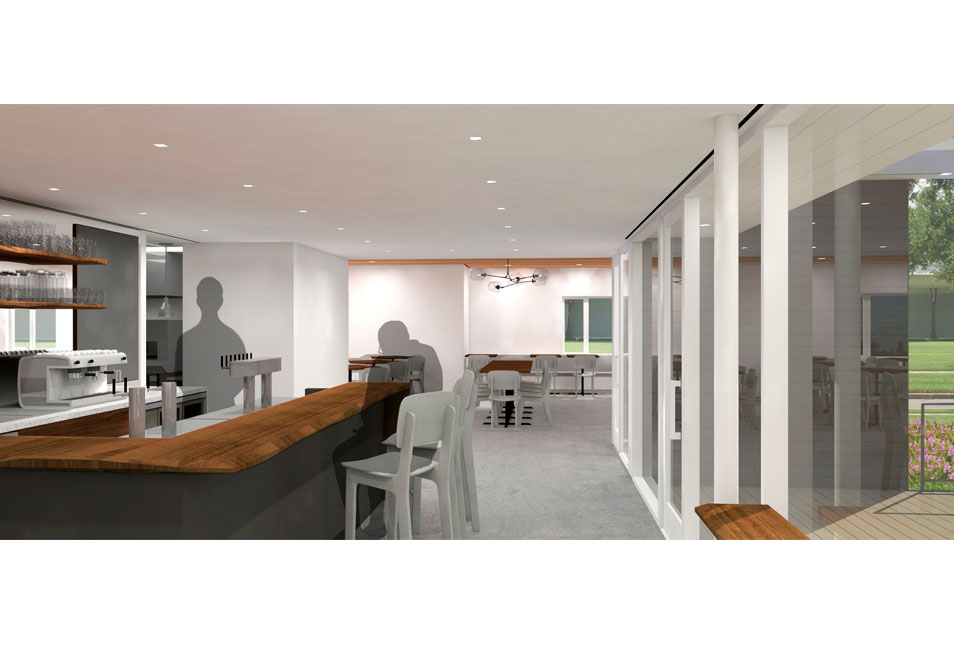