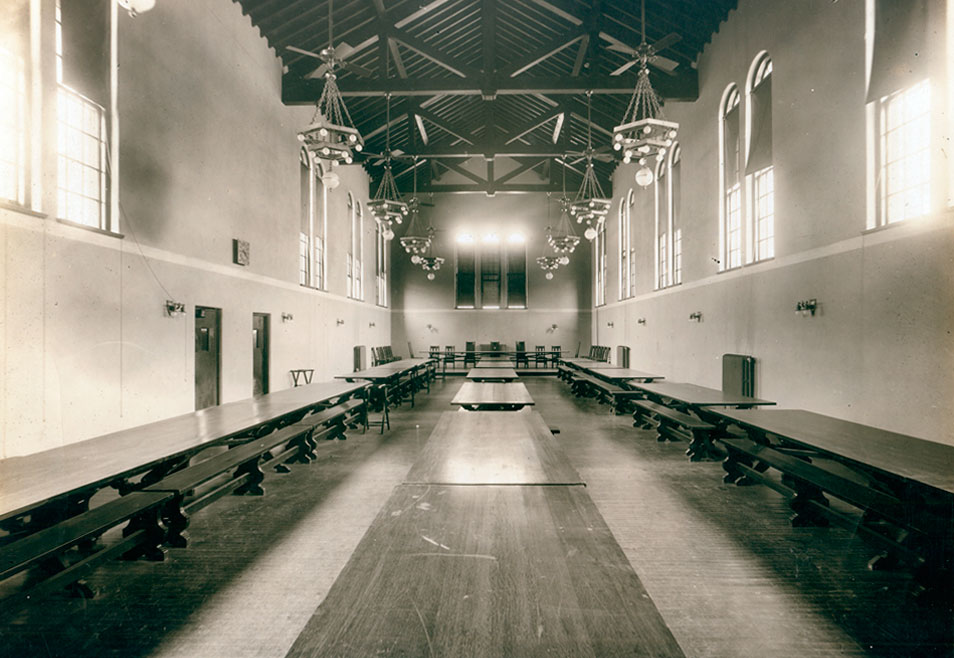 The rehabilitation of Baker Commons, originally known as Institute Commons, removed inappropriate changes made to the historic dining hall and commons to restore the hall to the 1939 configuration. The original building materials and decorative finishes were conserved. Great care was used in the selective demolition process to protect existing finishes to remain. The project included stabilization of the lower clay tile walls and provided a new under floor HVAC duct distribution system to replace the 1950s and 1970s era above floor duct distribution cabinetry, which limited the use of the space and was unsightly. New emergency lighting, electrical receptacles, and switches were provided. The historic white oak wainscot added in 1924 was restored and refinished to match the original appearance. New wood flooring and tables were constructed to match the original detailing. 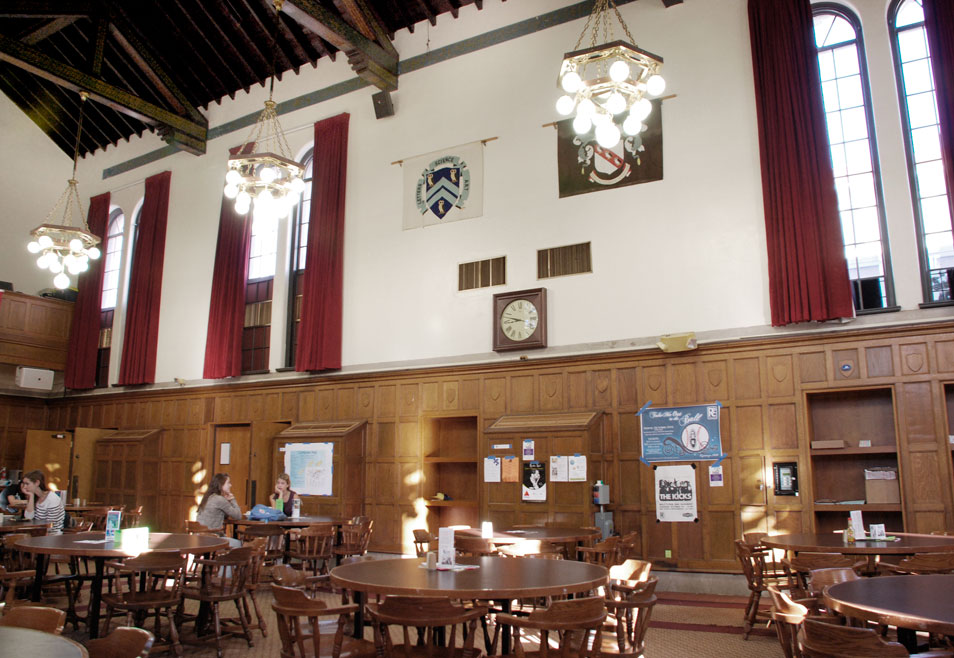 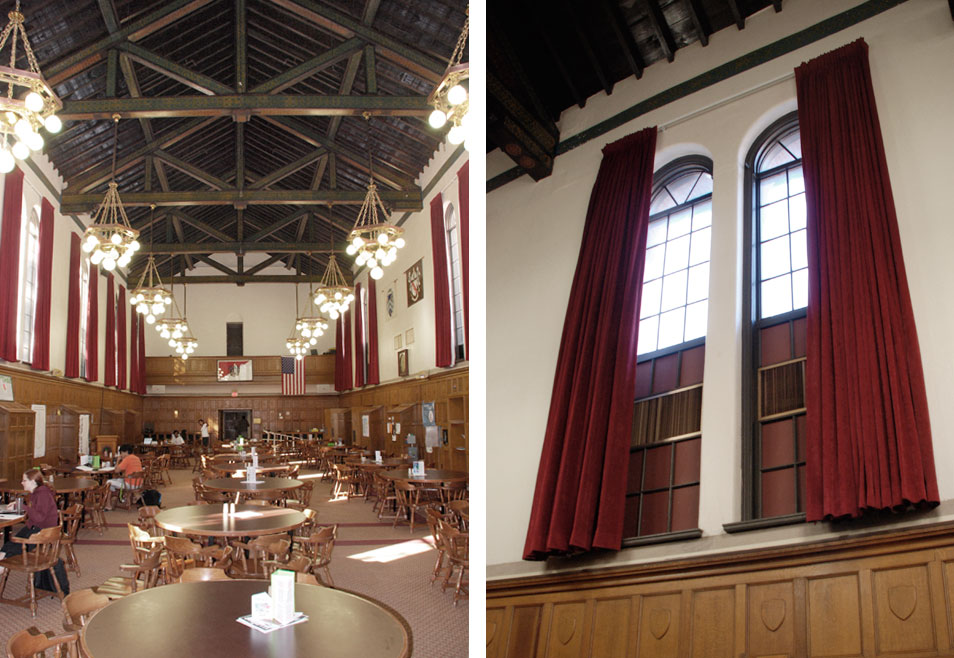 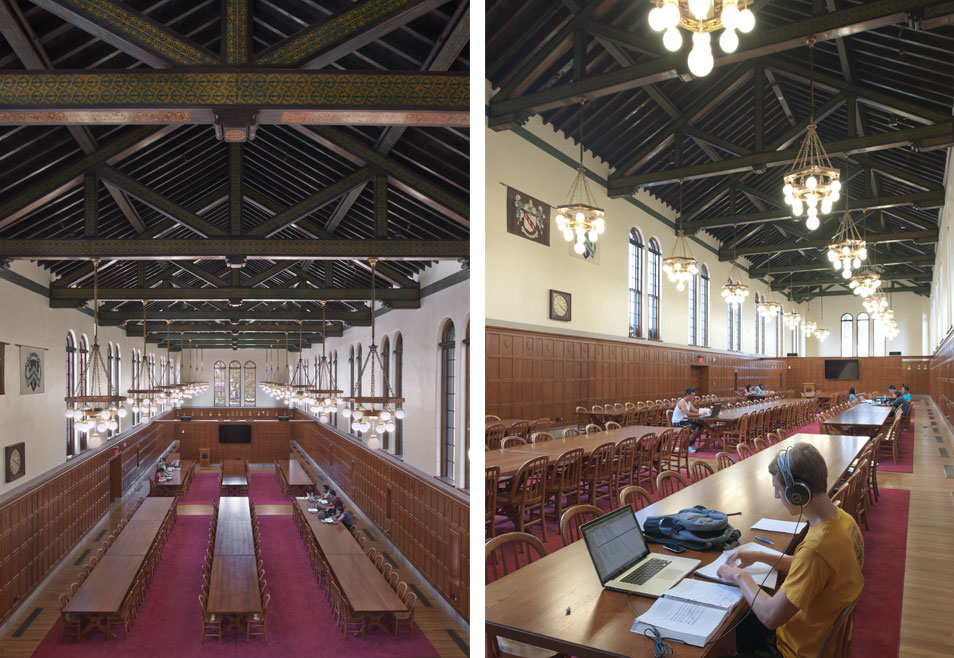 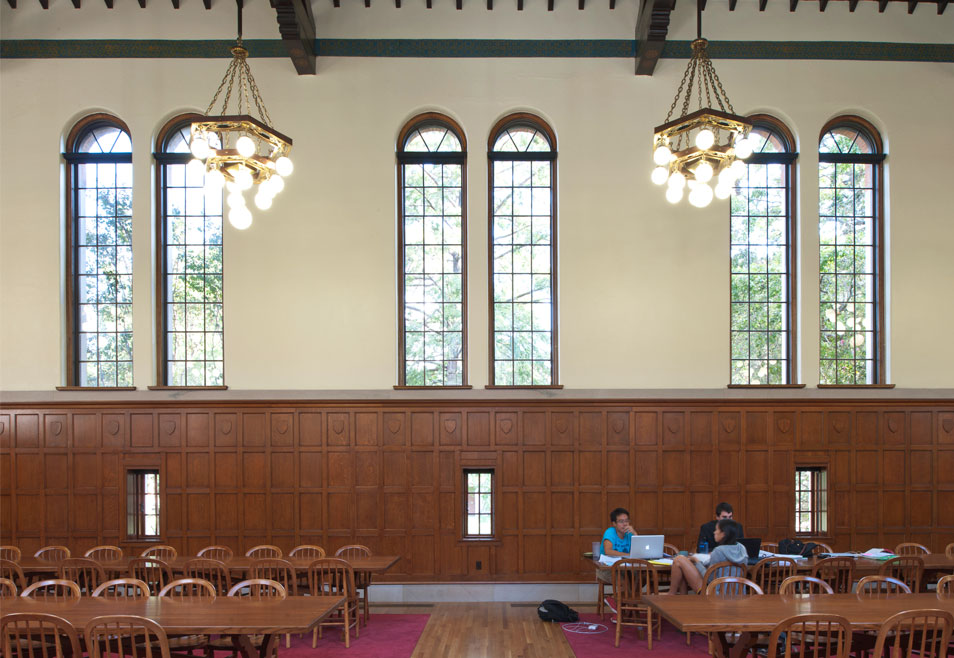 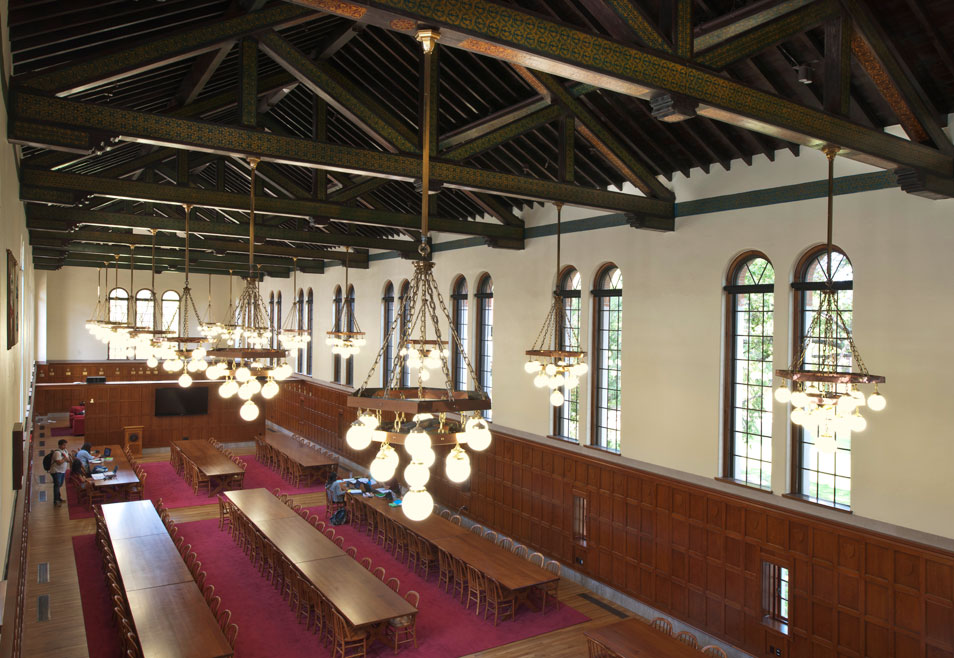 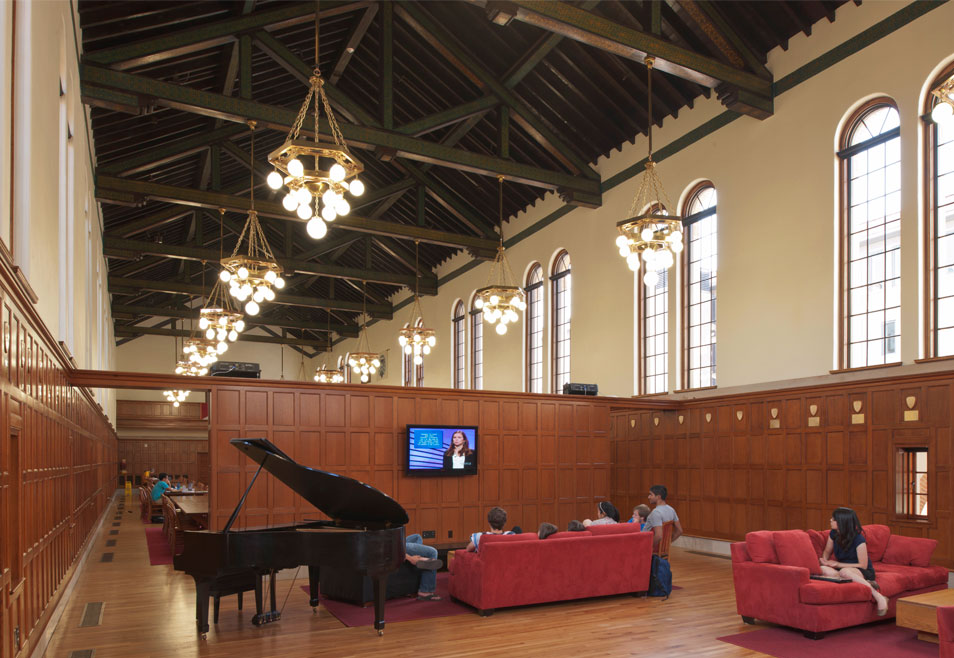